Discover the stories behind 50 iconic locations 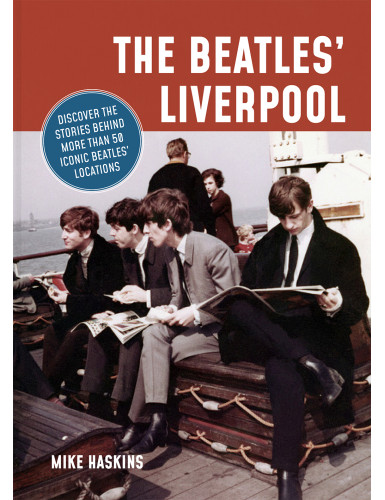 Explore ‘Beatle Land’ and the iconic sites associated with The Beatles’ fame.

The ‘Fab Four’ – John Lennon, Paul McCartney, George Harrison and Ringo Starr – were all born and brought up in Liverpool, and this illustrated guide reveals why the city was crucial to their musical success. Following in their footsteps around Liverpool and Merseyside, the book explores the places that influenced The Beatles’ musical direction and eventual stardom. Discover the significance of the locations behind hit singles such as ‘Strawberry Fields Forever’ and ‘Penny Lane’, as well as iconic music venue The Cavern Club. The book’s handy location map will guide you to all the sights, including:

The book also looks at the band’s early childhood influences including schools, parents and relatives that left an indelible mark on the character of the boys as they grew up, as well as their manager Brian Epstein’s role and influence as another Liverpool lad. Fully illustrated, this is the ultimate Beatles fan’s guide to Liverpool.

Mike Haskins was born and brought up in Merseyside. He has worked as a scriptwriter and researcher on TV, radio and stage. He has published over 50 books including the bestselling humour collection Man Walks Into A Bar as well as Drugs: A User’s Guide which told the surprising history of illegal drugs.