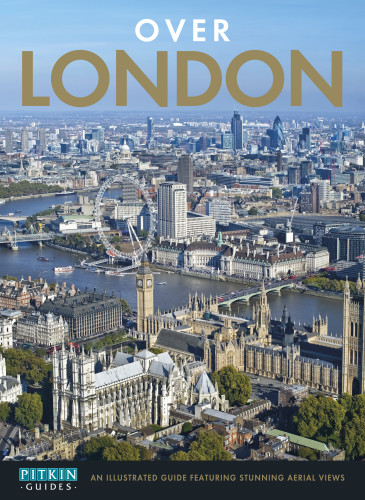 Seen from the air, London takes on a whole new look. This new edition of the ever-popular Pitkin Guide Over London features all-new stunning aerial photography. This bird s-eye view takes in all the most famous sights, including Buckingham Palace and Nelson s column, Westminster Abbey and the Houses of Parliament, the sweep of the Thames and the awe-inspiring London Eye, The Tower of London and Docklands, Kensington Palace and Covent Garden, St Paul s Cathedral and the City, the British Museum and the Globe and beyond to the splendours of Greenwich, Wimbledon, Wembley, Kew, Hampton Court, Windsor Castle and Eton College. Included too are scenes of how London is developing and changing as preparations for the Olympic Games to be held in the city in 2012 take shape. Includes map.