A Curious and Quirky History of London 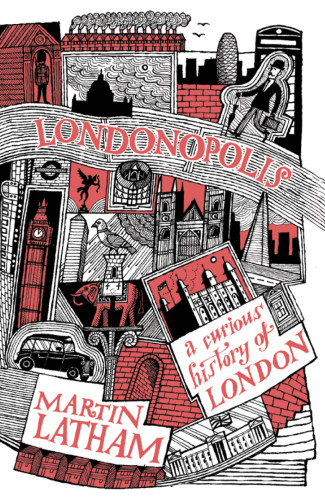 This curious history of London whisks you down the rabbit hole and into the warren of backstreets, landmarks, cemeteries, palaces, markets, museums and secret gardens of the great metropolis. Meet the cockneys, politicians, fairies, philosophers, gangsters and royalty that populate the city, their stories becoming curiouser and curiouser as layers of time and history are peeled back.

Find out which tube station once housed the Elgin Marbles and what lies behind a Piccadilly doorway that helped Darwin launch his theory of evolution and caused the Swedes to wage war against Britain. Do you believe in fairies? Do you know which Leadenhall site became a Nag’s Head tavern, morphing into the mighty East India Company, before taking flight as the futuristic Lloyds Building? Who named the Natural History Museum’s long-tailed dinosaur Mr Whippy?

Spanning above and below ground, from the outer suburbs to the inner city, and from the medieval period to the modern day, Londonopolis is a celebration of the weird and the wonderful that makes the mysterious city of London so magical.

Dr Martin Latham has a PhD in history from London University and was a lecturer at Hertfordshire University before becoming a bookseller. He has managed Waterstones bookshop in Canterbury for over 30 years – the longest-serving Waterstones manager. He is proud of ordering the excavation of the Roman Bath-House floor at his bookshop, paying for it with the biggest petty cash slip in Waterstones history.