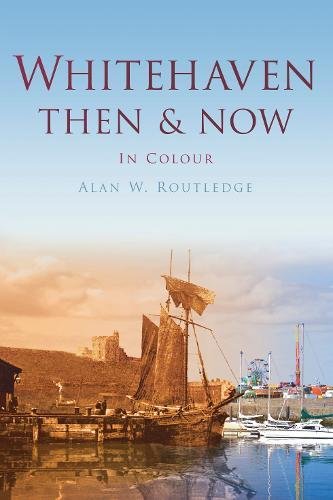 The Georgian town of Whitehaven, located on the west coast of Cumbria, was once the third most important port in Britain but today it is only used by a handful of fishing vessels. It has, however, seen development in the form of a new sea-lock and marina, which have enhanced the town’s tourist appeal.

Whitehaven Then & Now captures the changing face of the town through a series of spectacular old photographs, each paired with their modern equivalent. In this stunning book, Alan W. Routledge shows how industry has changed, with the once flourishing trades of coal mining and shipbuilding now just a memory, and even gives us a glimpse of what the future holds for the seaside resort.