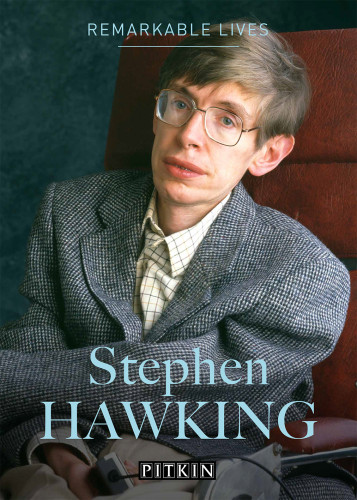 Stephen Hawking was diagnosed with motor neurone disease at the age of 21 and was expected to live for only another two years. He went on to write books and deliver public lectures right up until his death at the age of 76 in 2018. Hawking achieved commercial success with several works of popular science in which he discusses his own theories and cosmology in general. His book A Brief History of Time, a layman’s guide to cosmology, appeared on the Sunday Times best-seller list for a record-breaking 237 weeks and sold more than 10 million copies.

As Martin Rees, the cosmologist, astronomer royal and Hawking’s longtime colleague wrote, “His name will live in the annals of science; millions have had their cosmic horizons widened by his best-selling books; and even more, around the world, have been inspired by a unique example of achievement against all the odds — a manifestation of amazing willpower and determination.”

In this concise and informative guide to Hawking’s life and work, his key scientific achievements – from gravitational singularities to quantum cosmology – are covered in an approachable and accessible way. This is a celebration of an icon of modern physics, who inspired generations of scientists and changed our understanding of the universe.

Kitty Ferguson has been writing and lecturing about science and scientists for over two decades. Kitty is the author of eight books; her 1991 biography Stephen Hawking: Quest for the Theory of Everything was written with Hawking’s encouragement and help and was an international bestseller. She also was a consultant for Hawking s book The Universe in a Nutshell. Her most recent biography, Stephen Hawking His Life and Work/An Unfettered Mind, has been translated into 30 languages. Kitty has been interviewed by Forbes magazine, PBS’s ‘Fresh Air with Terry Gross’, the ‘News Hour with Jim Lehrer’, and the BBC. She lectures widely in North America and Europe, and her appearances have included the Goddard Space Flight Center, the Hayden Planetarium in NYC, the Nobel Peace Prize Forum, and many universities. Kitty and her husband divide their time between Cambridge, England and South Carolina.