Life on the Railway 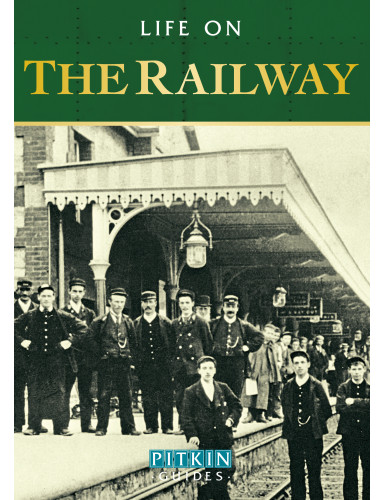 On Christmas Eve 1801, Cornish mining engineer Richard Trevithick tested the first steam locomotive on the road. Though it was short-lived, exploding four days later, this was the beginning of the railway age in Britain.

By the end of the 18th century, there was a considerable number of railways across Britain with well established steam engines. This informative guide tells the story of these railways, beginning with the pioneers of locomotive engines and the navvies who built the railways themselves.

A must for anyone interested in the history of the railways, industrial Britain and travel, this informative guide explores the lives of those on the railway. Train guards, station staff and passengers are all touched on, as well as underground railways and tragic rail disasters. Colour photographs and illustrations bring the golden age of rail in Britain to life.

Includes a list of places to visit which specialize in railways, as well as a glossary of the key terms in the book.

Anthony Burton is an author and broadcaster who specialises mostly in industrial and transport history since his first book in the area, The Canal Builders, was published in 1972. As well as canals, railways and other forms of transport, his interests also include the countryside and landscape history.

As a broadcaster, Anthony Burton has worked with the BBC, Discovery and Channel 5 as on-screen presenter, writer and historical adviser.