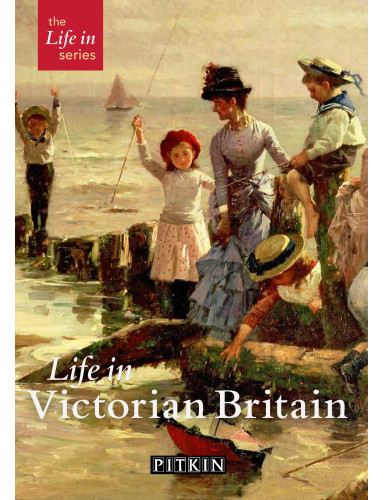 Britain in Queen Victoria’s reign grew in power and prestige to become the richest nation on earth through its trade and Empire.

Britain also ruled half the world, and Victoria herself reigned gloriously over her dominion. Life in Victorian Britain describes and vividly illustrates the Victorians at work, at home, at school and at leisure against a background of astonishing scientific and industrial progress.

Look out for more Pitkin Guides on the very best of British history, heritage and travel, particularly the other books in the ‘Life in’ series: Medieval England, in a Monastery, Tudor England, Stuart England and Georgian England.

Michael St John Parker is a historian and writer who has written a numerous amount of Pitkin guides. These include King Arthur, William Shakespeare, The Wars of the Roses, Life in Victorian Britain, The Civil War, Britain’s Kings and Queens and more.