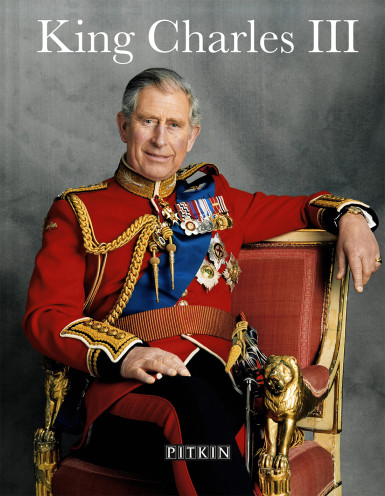 A sumptuous celebration of the life of His Majesty King Charles III, published to coincide with the festivities, traditions and pageantry of his Coronation in May 2023.

On 8th September 2022, His Majesty King Charles III, formerly The Prince of Wales, ascended to the throne. As Britain, the Commonwealth and people across the world eagerly await the Coronation of the new monarch, this fascinating account tells the story of the boy born to be King.

Follow his journey, from schoolboy and eligible young bachelor to his time in the armed forces, and from the birth of his sons, William and Harry, to his more recent role as grandfather. This captivating chronicle describes his accession to the throne – lived out in the public eye following the death of his mother, Queen Elizabeth II – and recounts his interest in sport, his royal homes and his life with his wife Camilla, who will be crowned alongside him as Queen Consort. Alongside his dedication to his work as a senior member of the Royal Family, the book explores not only his official and ceremonial duties, both in the United Kingdom and overseas, but also the patronages and passions that he has long held so so dear.

Giving a taste of the tradition and pageantry to be expected from the spectacular Coronation ceremony at Westminster Abbey in London, this guide reflects on his previous role as Prince of Wales and looks towards the future in his role as King, giving an insight into the man behind the throne.