The Life and Legacy of the People's Princess 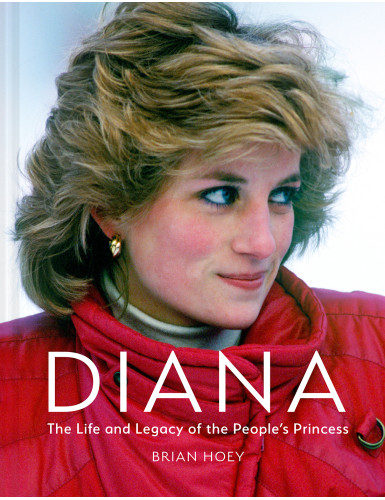 Fully illustrated with beautiful photographs, this special commemorative book by royal biographer Brian Hoey – who had the privilege of meeting Diana on several occasions – pays tribute to the life of this remarkable young woman.

Diana, Princess of Wales was admired throughout the world for her vitality, compassion, determination and beauty. When she first came on the scene, she brought a new dimension to the Royal Family and quickly became regarded as one of the most glamorous women in the world.

Yet she remained very much her own person: tough but touchingly vulnerable, self-willed but compassionate to a degree that was unprecedented in one of her generation and background. Her tragic death in 1997, in the prime of her life, shocked the world and unleashed a tide of public grief rarely seen. More than a quarter of a century later, her worldwide popularity remains as strong as ever: she is the unforgettable Diana.