Trees that live for a thousand years 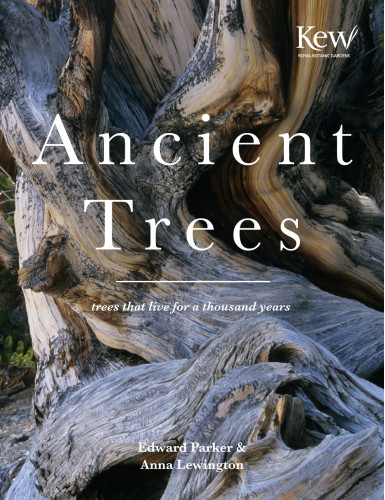 ‘Among all the varied productions with which Nature has adorned the surfaces of the earth, none awakens our sympathies, or interests our imagination so powerfully as those venerable trees, which seem to have stood the lapse of ages…’ John Muir, 1868

A fascinating celebration of the some of the oldest living organisms on the planet, from the grand Oaks of Europe and mighty Redwoods of California to Africa’s ‘upside-down’ Baobab tree, and from the Ginkgos of China and Korea to the Olive tree, the worldwide symbol of peace.

Anna Lewington, the well-known writer on all things botanical, and leading wildlife photographer Edward Parker provide an illuminating and visually striking history of each tree species, including where the long-living species can still be found, the tree’s botanical details, and its mythical associations.

Anna Lewington is a well-known writer and researcher on the uses people make of plants. Her previous books include Plants for People, Atlas of Rainforests and several educational books. She took part in BBC TV’s ‘Rough Science’

Edward Parker is a renowned and prize-winning photographer. He has worked as a photographer in more than 30 countries, documenting environmental issues. He is the project manager of the Ancient Tree Hunt.