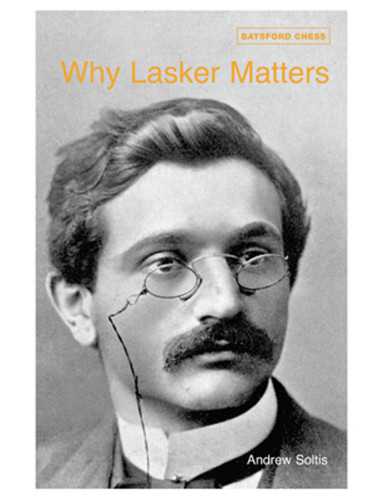 Emanuel Lasker was the longest-reigning world champion (1894-1921) and remained one of the world’s top 10 players for nearly four decades. He competed against top players such as Capablanca, Rubinstein and Alekhine at the height of their game, and was consistently successful, yet almost no one studies his games today. Lasker is often overlooked by the modern chess player, and the secrets of his success remain a mystery.

Chess journalist Andy Soltis reveals for the first time the winning formula behind Lasker’s phenonemal achievements. With over 100 annotated games, Soltis analyses the tricks, traps and techniques behind the winning moves, and makes Lasker’s methods accessible to today’s players.