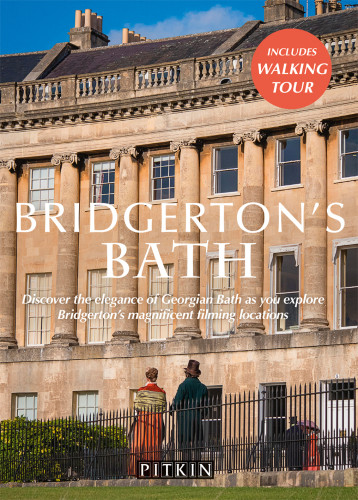 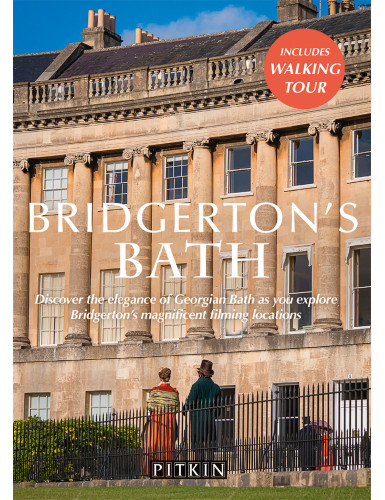 Bridgerton is the runaway Netflix success that has captured the hearts and imaginations of its biggest ever global audience. Producers Chris Van Dusen and Shonda Rhimes have ripped up the Regency drama rulebook to create a series that speaks to a modern audience.

Apart from the intense sexual chemistry, inspired casting and a lavish costume budget, what sets Bridgerton apart is the extensive use of location shooting. Step forward Bath: the Georgian architectural jewel gets to play many different parts of fashionable London.

Bridgerton’s Bath takes you on a tour of all these locations from No.1 The Royal Crescent (the Featherington’s house on Grosvenor Square) to Abbey Green (Covent Garden) and the Abbey Deli (Modiste couturier) on Abbey Street.

Bridgerton intersects with Jane Austen’s world at the Assembly Rooms where one of the early balls takes place, while the 18th-century Bath Guildhall also gets a place on the series’ dance card.

A key character in the drama is Lady Danbury, played by Adjoa Andoh, and her grand mansion is Bath’s former Sydney Hotel, today the Holburne Museum. Gunter’s Tea Room was a celebrated London patisserie and in Bridgerton it can be found on Trim Street.

Many Bath streets feature regularly, including Beauford Square, a place for regular carriage trips and the Royal Crescent, which in Series One, reverberated to the sound of galloping hooves as our heroine (or her stunt double) raced to stop a duel.

The book includes a feature on how the series was filmed in the city, and includes a detailed map so you can follow your own Bridgerton Walking Tour of this beautiful city, which has more to offer besides.