The Spirit of London 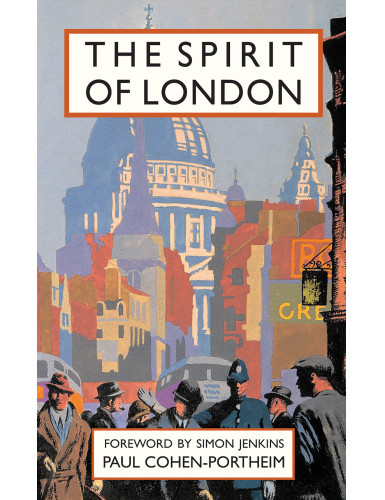 A new edition of a classic Batsford title from the 1930s.

London is brought to life through its people, buildings and history in this classic book, first published in 1935. The Spirit of London presents a wonderful snapshot of our capital before World War II and a charming insight into urban life in the 1930s.

Paul Cohen-Portheim was an Austrian traveller and writer who was interned in the UK during World War I. His enforced stay made him fall in love with England and in particular, London. This is his take on the irrepressible city.

The book features Brian Cook’s iconic illustration of Ludgate Circus and St Paul’s on the cover. Add in the charm of the authentic voice of a 1930s Londoner, this book should be enjoyed by all Londoners and London enthusiasts.

Paul Cohen-Portheim (1880–1932) was an Austrian artist and travel writer. He was a proficient linguist and spoke a half a dozen European languages fluently. When World War I broke out, he was painting in Devonshire, and found himself interned for the length of the war. This gave him time to read, observe and meditate, especially on his enforced new home. After the war he wrote England, the Unknown Isle and later The Spirit of London, showing his affection for England and London especially. The Spirit of London was the last thing to be published after his sudden death in 1932.