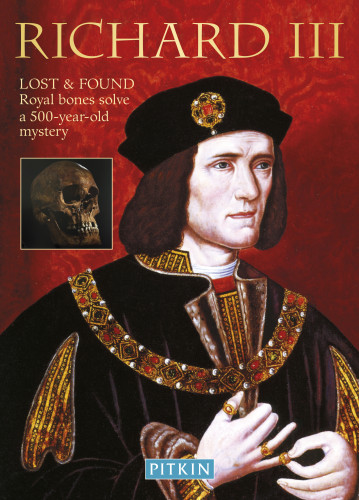 The reign of Richard III was one of the shortest in British history, yet he remains one of the most enigmatic and controversial personalities who occupied the throne.

This informative guide traces the life of Richard and his seemingly contradictory qualities, of loyalty and perfidy, generosity and self-interest, honesty and manipulation. From his initial position far down the line of succession to his position as Lieutenant-General of the North and move to the throne in 1483, Richard’s story is fascinatingly explored. Sections engagingly cover the controversies surrounding Richard such as the Princes in the Tower and the Battle of Bosworth.

In February 2013, a skeleton uncovered in the ruins of Grey Friars Church in Leicester was identified as the remains of Richard III. The remains found were proved to be Richard’s ‘beyond reasonable doubt’ through DNA tests. But what was this man really like? A ruthless manipulator, or a tragic figure? Michael St John Parker’s guide delves into the life of Richard with colour photographs, illustrations and artefacts.

Michael St John Parker is a historian and writer who has written a numerous amount of Pitkin guides. These include King Arthur, William Shakespeare, The Wars of the Roses, Life in Victorian Britain, The Civil War, Britain’s Kings and Queens and more.