How to Love Brutalism A passionate and personal book about the writer’s own love for a controversial architectural style.

Whether you love or hate brutalist buildings, this book will explain what it is about them that elicits such strong feeling. You will understand the true power of concrete and of mammoth-sized buildings, but also some of the more subtle aspects of brutalist buildings that you may not have known or considered.

Brutalist architecture, which flourished in the 1950s to mid-1970s, gained its name from the term ‘ Béton-brut’, or raw concrete – the material of choice for the movement. British architectural critic Reyner Banham adapted the term into ‘brutalism’ (originally ‘New Brutalism’) to identify the emerging style. The architectural style – typified by buildings such as Trellick Tower in London and Unité D’Habitation in Marseille – is controversial but has an enthusiastic fan base, including the author who is on a mission to explain his passion.

John Grindrod’s book will be enlightening for those new to the subject, bringing humour, insight and honesty to the subject but will also interest those already immersed in built culture. Illustrated with striking drawings by The Brutal Artist, the book is divided up into a series of mini essays that explains the brutalist world from a human aspect, as well as an architectural, historical and even pop cultural angle. The book journeys from the UK to discover brutalism and its influence around the world – from Le Corbusier’s designs in Chandigarh, India, to Lina Bo Bardi’s buildings in Brazil. 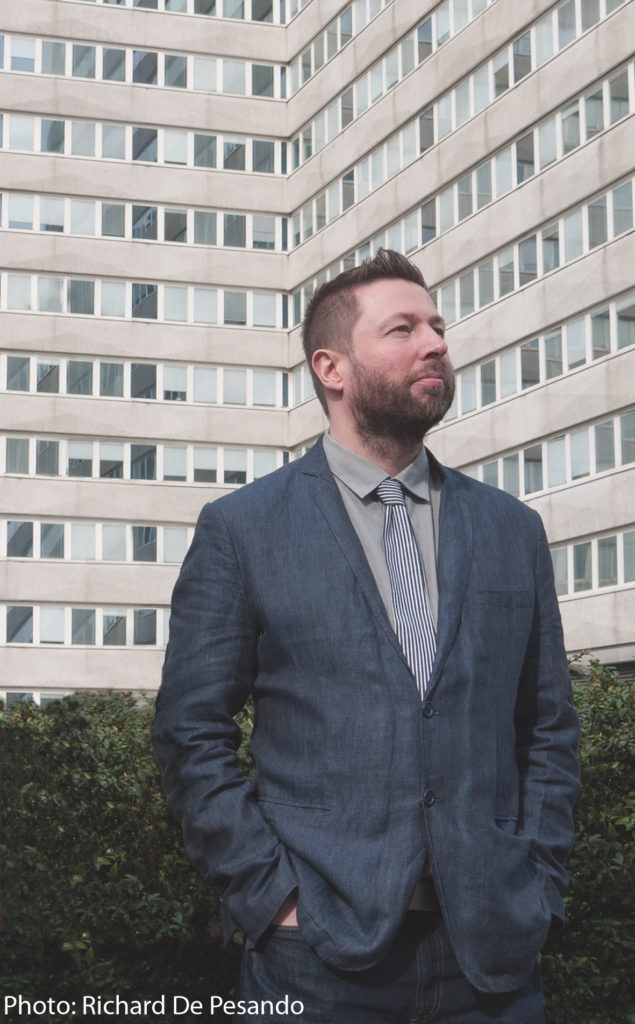 John Grindrod is passionate about buildings and how they shape our lives. He grew up on ‘the last road in London’ on Croydon’s New Addington housing estate, surrounded by the Green Belt. He is the author of Concretopia: A Journey Around the Rebuilding of Postwar Britain, described by the Independent on Sunday as ‘a new way of looking at modern Britain’. He has written for the Guardian, Financial Times, the Twentieth Century Society Magazine and The Modernist, has co-written and edited a book about TV, Shouting at the Telly, and contributed to a book on music, Hang the DJ. He has worked as a bookseller and publisher for over twenty-five years, and currently works at Faber and Faber as Senior Consumer Marketing Manager. He runs the popular website dirtymodernscoundrel.com.

'An enjoyable read; lively and entertaining prose, which can make a serious point in a bright way.' 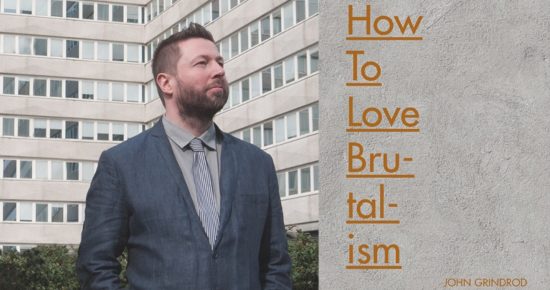 John Grindrod at The Printworks, Hastings

Come and meet How to Love Brutalism author John Grindrod at The Printworks, Hastings on Monday 5th N[…] 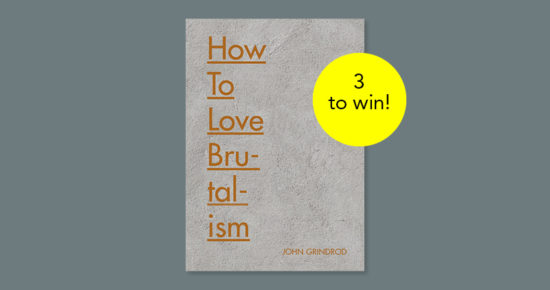 Win a signed copy of How To Love Brutalism

In How to Love Brutalism, John Grindrod shares his fascination for the strange and beguiling style o[…]