Beth and Bobby: The inspiration for ‘The Queen’s Gambit’ 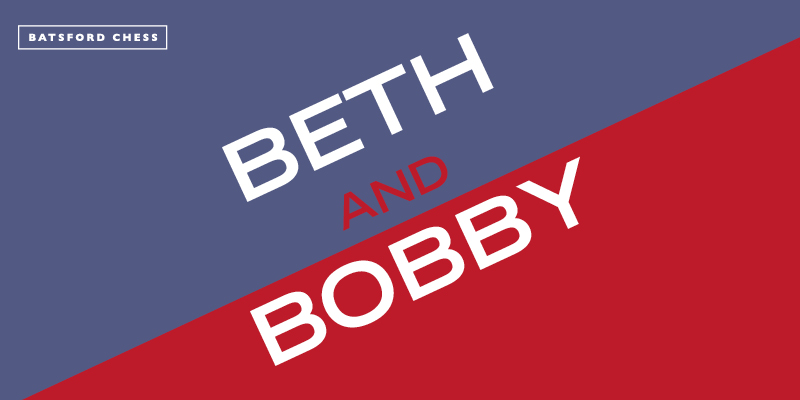 The hit Netflix series ‘The Queen’s Gambit’ made many of us reach for our chess sets. Based on a novel with the same name by Walter Tevis, ‘The Queen’s Gambit’ tells the story of chess prodigy Beth Harmon, set in 1950s USA. While the story is fictional, Tevis captured many of the qualities of World Chess Champion Bobby Fischer when he created Beth Harmon. Here, Andrew Soltis, author of Bobby Fischer Rediscovered identifies five similarities between Beth and Bobby.

1.They were both prodigies

Early in the TV series Beth is described as a prodigy. The only prodigy of that era, the 1950s, was Fischer. Winning game 5 helped him earn the title of international grandmaster at age 15.

2. Speed is their signature

Beth plays her moves remarkably quickly, almost without thinking about them. Fischer made this kind of speed famous in game 29. His opponent exhausted his allotted 150 minutes and lost. Fischer spent only ten minutes to establish a winning position.

3. The effect they have on their opponents

Beth’s opponents run a gamut from the stonefaced world champion Borgov to others who reveal all of their feelings when they lose to her. Fischer forced Soviet grandmaster Yefim Geller to abandon his poker face in game 26. He was an emotional wreck when he resigned.

4. They shared a passion for one particular chess opening

Beth and Benny Watts shared a passion with Bobby – analysing a chess opening called the Najdorf Variation of the Sicilian Defence. Fischer’s unparalleled expertise is shown in game 49.

We see how quickly Beth is improving when she gives a ‘simultaneous exhibition’ and beat Benny and two other players in separate games. Fischer gave ‘simuls’ spectacular recognition when he gave up tournament chess in 1964 in favour a national exhibition tour. His victory over Hoppe is one of the finest he played on the tour. 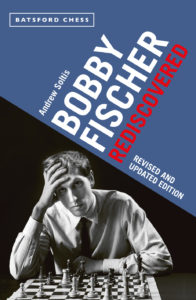 Bobby Fischer Rediscovered features analysis of 106 classic Fischer games, including rarely seen ‘lost’ games. With new insights into what made the enigmatic Fischer play – and act – the way he did. Written by International Grandmaster Andrew Soltis who played Fischer and also reported, as a journalist, on the American’s legendary career.