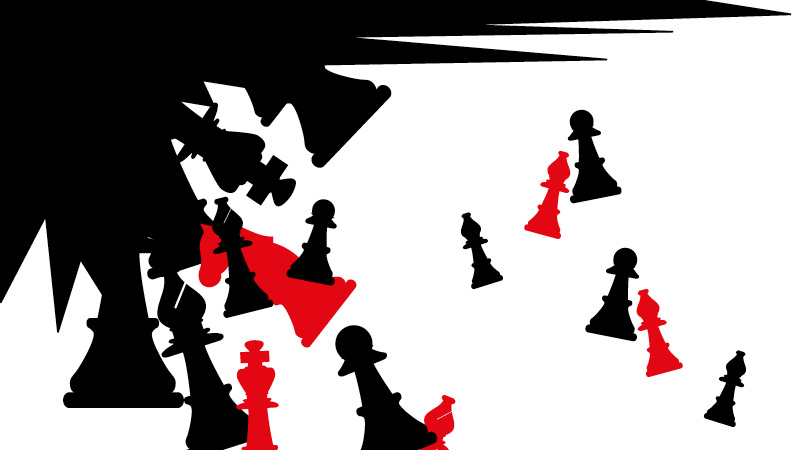 If the Queen’s Gambit TV-series has got you inspired to play chess, you’re not alone. Online chess playing site chess.com reported a five-fold increase of daily sign-ups to the site following the show’s release and Washington Post wrote that ‘The pandemic sparked an interest in chess. “The Queen’s Gambit” made it explode.’

In this blog post, we explain the opening move that inspired the name of the book and TV series. The Queen’s Gambit (1 d4 d5 2 c4) is an opening strategy by White to try and occupy the centre of the board. Or as Sean Marsh puts it in Batsford’s Chess Bible ‘White is offering a temporary pawn sacrifice to try to tempt Black into giving up the centre.’

The move can either be accepted by Black taking the pawn (dxc4) or declined. Marsh explains that ‘after 2 … dxc4 (the Queens Gambit Accepted) White can either rush to occupy the centre with his pawns – 3 e4 – or develop more methodically and occupy a little later.’ He also points out that ‘there is nothing wrong with playing the Black side of the Queen’s Gambit Accepted. But some players feel uncomfortable allowing their opponents an obvious advantage in space. Therefore, the most popular and solid reply is 2 … e6 (The Queen’s Gambit Declined). The next few moves are all about exerting pressure on the centre of the board.’ 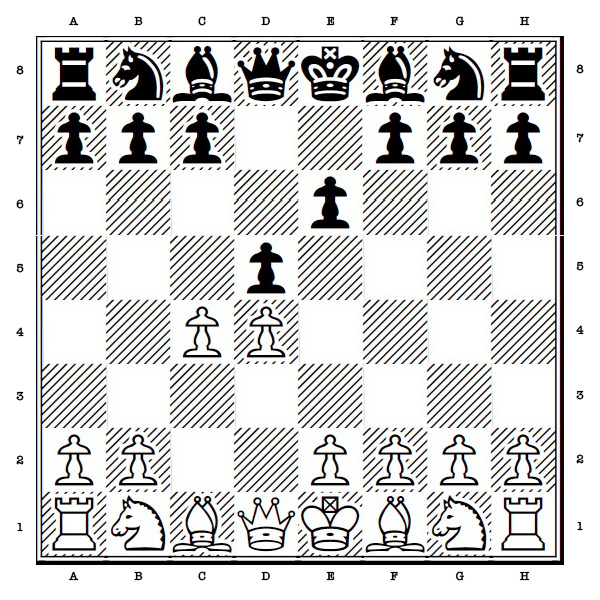 The Queen’s Gambit (1 d4 d5 2 c4) is the keystone to an offensive plan by White on the left hand side of the board. The character of the game differs greatly from that of king pawn openings, which often quickly result in open clashes. The Queen’s Gambit takes the game to a strategic battle where the tactical clashes are delayed until the middlegame. The offer of a pawn with 2 c4 is what gives the opening its edge, as the c-pawn attacks Black’s central strongpoint. However the “gambit” in the opening’s name is rather a misnomer as Black cannot really hold on to the pawn. There is also a stark difference from the King’s Gambit in that the white king’s safety is not compromised by the pawn advances on the left hand side of the board.

The Queen’s Gambit is one of the oldest openings, first mentioned in the Göttingen manuscript of 1490, then later the subject of analyses by Salvio and Greco in the early seventeenth century. Theorists in the nineteenth century discussed the best way to meet the gambit. The majority of chess writers, starting with Jaenisch (1843), seemed to be of the opinion that holding the centre with 2…e6 was the best defence. After this move there are many divergences, some depending on what White does and others on Black’s choices.

Strategically, White’s plan when playing 2 c4 is to attack the centre and remove Black’s d-pawn from its central position so that White is free to advance the e-pawn to e4. By playing 2…e6 Black frustrates his opponent’s plan but imprisons the light-squared bishop. Black will often try to imitate his opponent by attacking White’s d-pawn with a timely …c5. In the course of this struggle one side or the other will often accept structural weaknesses in return for dynamic strengths. Isolated and hanging pawns abound for both sides in this group of openings.

The most straightforward defence to a gambit is usually to accept the pawn and make the opponent prove the worth of the sacrifice. This, however, is not the plan behind accepting the Queen’s Gambit. Attempting to hold on to the pawn usually leads to trouble. Yet if Black uses the time White takes to recapture the pawn for development, then he can count on a safe journey through the opening stage. As opposed to the King’s Gambit Accepted with its many sacrifices, the Queen’s Gambit Accepted is a safe and solid choice, albeit somewhat stodgy.

The opening dates back to Damiano in 1512. In the early centuries Black would try to hold on to the booty, which gave the opening a bad name. It took until the twentieth century for the modern concept behind 2…dxc4 to come to the fore. Black plays for free development and to saddle White with an isolated d-pawn after …c5 and …cxd4. Black’s “problem child” of the Queen’s Gambit Declined – the light squared bishop – always finds an active post on g4 or b7 in the Queen’s Gambit Accepted.

The disadvantage of 2…dxc4 is that Black gives up the centre. With nothing on d5 blocking the lines, White obtains active pieces and freedom of action. When the isolated pawn arises on d4, White often has good attacking chances as this pawn may threaten to advance, opening lines of attack. Yet this advance can also lead to wholesale exchanges, producing sterile equality. For particularly this reason, the Queen’s Gambit Accepted is considered a pretty safe opening.

Extracted from Batsford’s Modern Chess Openings by Nick de Fimian, available in paperback and as an ebook. 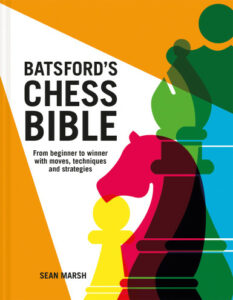 Batsford’s Chess Bible by Sean Marsh is available in hardback and as an ebook.