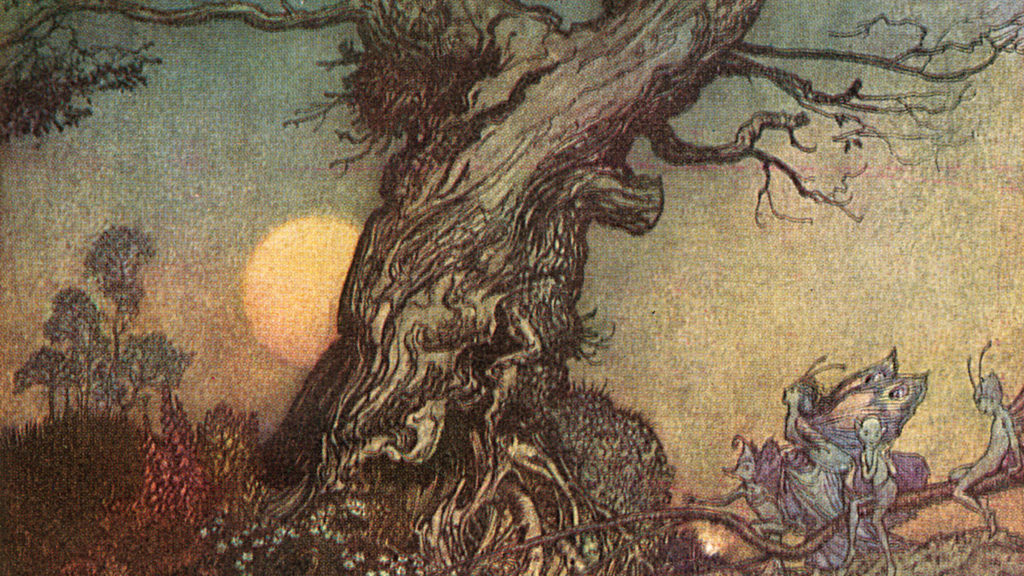 It’s Halloween – the favourite time of year for the supernatural. Faeries, Elves & Goblins by Rosalind Kerven is a haunting collection of 25 classic tales, where faeries, elves, goblins, leprechauns, brownies, spriggans and many other supernatural beings leap off the page. One of them is Faery Wishes, a classic tale from Northamptonshire.

Everyone knew it was dangerous to go into the deepest, thickest part of the forest – especially at night, especially when the moon was full. You see, there was a Faery dancing ring there.

Well, you know how it is when you’re forbidden to do something: it just makes you want to do it even more. Most of the locals managed to resist the temptation year after year. But there was a woodchopper who often used to glimpse the dancing ring through the surrounding trees, and he was desperate to find out if the gossip about it was true. 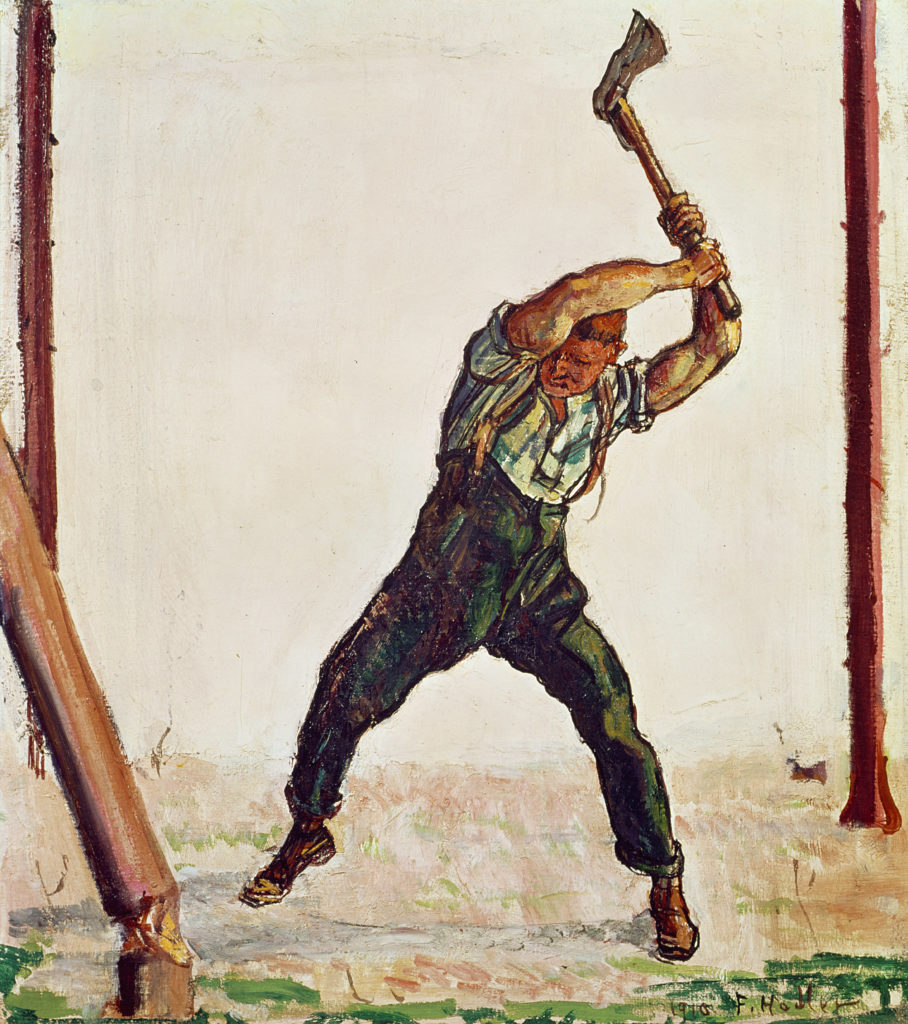 He knew his wife would get in a flap if he even suggested going near it. So one October night when the sky was dark and clear and a beautiful full moon was shining, he waited until she was fast asleep, then sneaked out. He hurried along an old deer track to the enchanted spot – a circle of very long, very dark green grass. He took a deep breath and stepped inside it.

At once he heard the sound of fiddles playing a rapid dance tune, and the stamping of countless feet. He couldn’t see anything, so he guessed that the action must be happening underground. He stepped out of the ring and the music faded; he stepped forward and heard it clearly again. Never mind that he hadn’t actually seen anything: simply hearing the Faeries was enough proof that their subterranean world really did exist.

With that, he went home to bed. The next morning he got up as usual, confessed about his little expedition to his wife, got the expected scolding, and went to work.

He was just about to cut down a very ancient oak tree when suddenly a voice screamed, ‘Stop! Don’t cut down this tree or I shall die! If you let it stand, I shall give you and your wife three whole wishes!’

The astonished man realised that his experience of the night before must have given him supernatural hearing. At once he walked away from the oak tree and spent the rest of the day chopping fallen branches in another part of the forest. 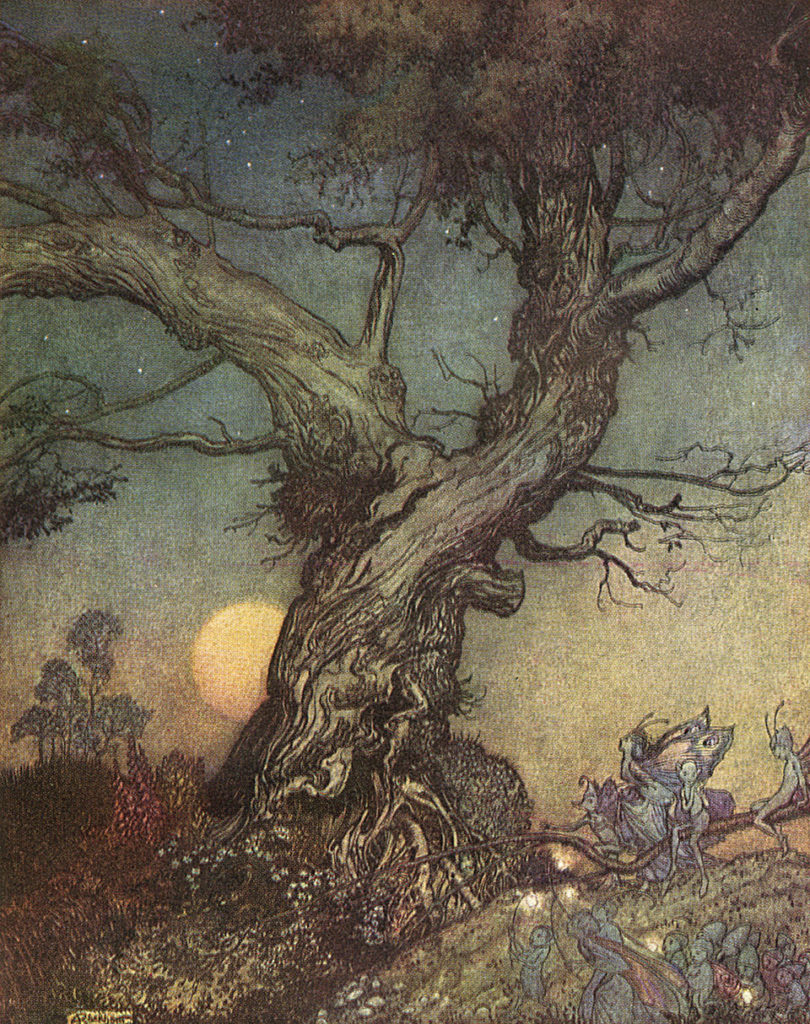 By the time he got home, he was tired and really hungry; so he was irritated to find that his wife hadn’t even started cooking their supper.

‘I’m starving,’ he grumbled. ‘I wish I had some nice sausages to eat.’ The next moment, there was a noise in the chimney and something came tumbling down it. The man sprang back in alarm, expecting to see a trapped bird, but instead he found a string of best butcher’s sausages lying in the hearth! Just at that moment, his wife came in; and at the same time, the woodchopper remembered the invisible Faery he had heard earlier that day, and the wishes she had promised in return for saving her life. This must be the first one! Excitedly he told his wife what had happened, eager for her to share the good fortune; but all he got from her was another scolding.

‘You daft old piece of mutton!’ she cried. ‘You’ve wasted the first wish on something totally worthless. I can get sausages for you any day in the market. You should have wished for a load of money or a fine house to live in. Honestly, I don’t know why I married such an idiot! I wish I could stick those stupid sausages on your nose, to teach you a lesson!’

The next minute, her own thoughtless wish was granted too – for the sausages jumped off the hearth, flew through the air and stuck themselves onto the woodchopper’s nose in a long chain like an elephant’s trunk.

In a panic, the wife pulled and tugged and cut at them. She managed to get most of the sausages off; but the last one remained stubbornly stuck where it was, and nothing either of them tried would free it.

‘Stop pulling!’ cried the woodchopper. ‘You’re hurting me. I can’t bear it!’

‘Oh, I’m sorry,’ his wife wept. ‘I never meant what I said, honestly. Isn’t there anything we can do to break this magic?’

‘I don’t know,’ said the woodchopper. ‘The only thing I can think of is to make another wish; but as you just said, we ought to save that last wish for something worthwhile, like a fortune in gold.’

‘What’s a fortune worth if your whole life is ruined in the process?’ sniffed the woman. ‘Honestly, I don’t want more money and I don’t want a better house. I just wish that stupid sausage would come off your nose.’

And at once her last wish was granted.