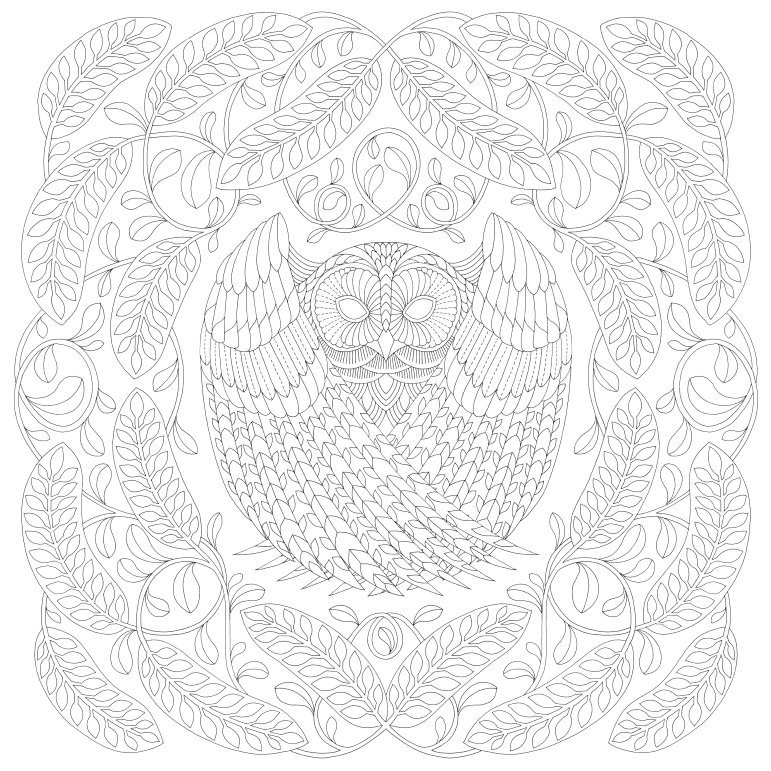 Add your own colours to some of the common British birds that we recognise from our gardens such as the blue tit, bullfinch, wren and blackbird. You’ll also meet birds from further ashore, such as the lyebird of the Australian tropics and the scarlet ibis and beautiful hummingbirds of South America.

There are also four-legged tree dwellers to be found under the canopies, including the cuddly koala, the red panda and the British native but endangered red squirrel.

Get colouring straight away with this free Tawny Owl colouring sheet download.